Under the Skin with Russell Brand is a podcast hosted by comedian, actor, radio host, author, and activist Russell Brand. The podcast “asks: what’s beneath the surface – of people we admire, of the ideas that define our time, of the history we are told.” 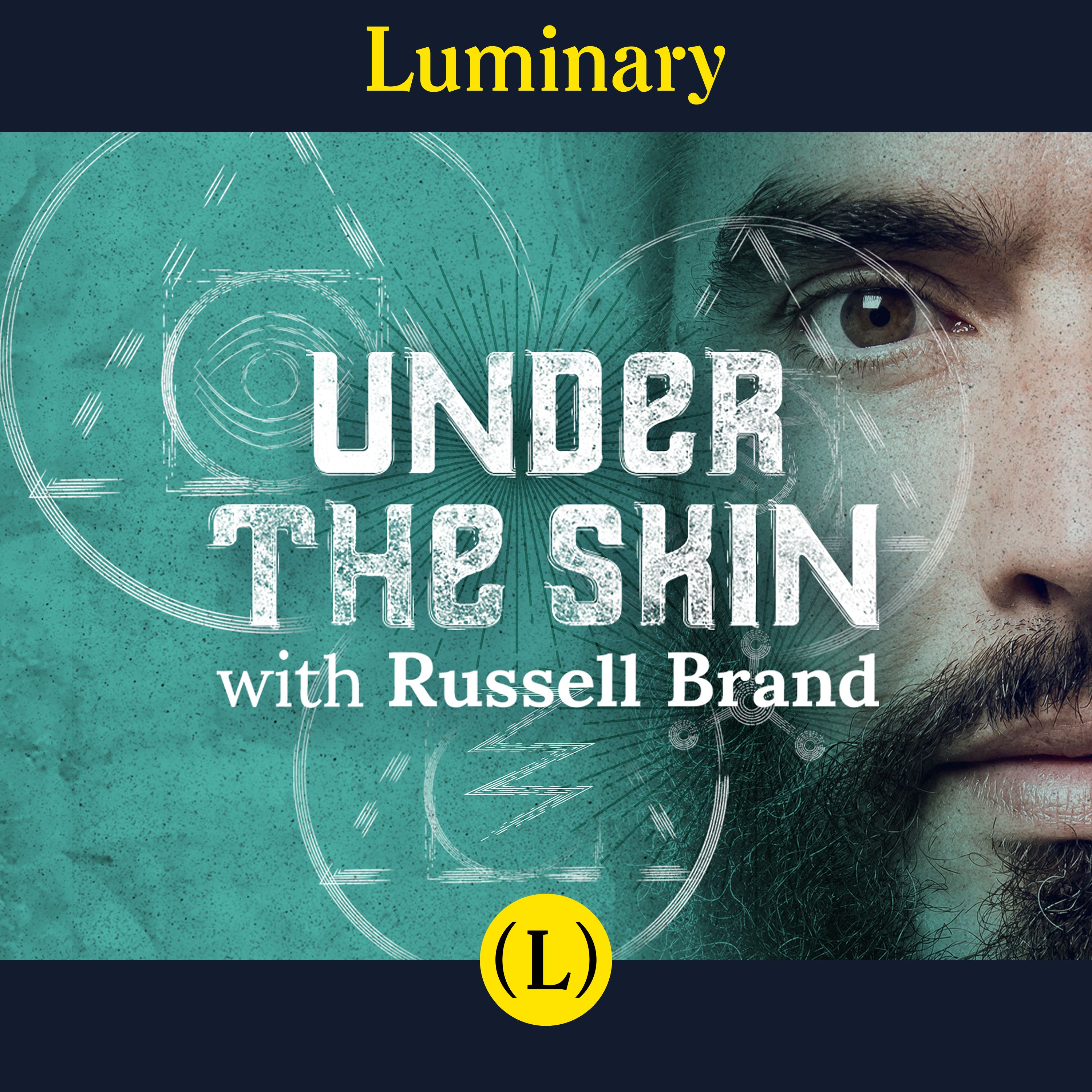 Under The Skin with Russell Brand
My new podcast 'Under The Skin' asks: what's beneath the surface - of people we admire, of the ideas that define our time, of the history we are told. Speaking with guests from the world of academia, popular culture and the arts, they'll help us to see the ulterior truth behind our constructed reality. And have a laugh. This show is now on Luminary! For more, go to LuminaryPodcasts.com.
#152 Activism & Spiritualism (with Satish Kumar)
by Russell Brand

Hello! This week’s guest on Under The Skin is the incredible activist Satish Kumar! Satish been a Jain monk, a nuclear disarmament advocate, pacifist and he is the current editor of Resurgence & Ecologist magazine of which he is very proud! Satish is next level. He is an advanced elder and he speaks with wisdom, authority, compassion and insight. He has met other incredible activists, including Martin Luther King and Bertrand Russell. He is well known for his 8,000 mile Peace Walk where he walked around the world with a friend with no money in protest of nuclear weapons.

We spoke about the importance of localisaton, decentralisation and how we can create change and revolution now. We also discussed the need for the Social Justice Movement to be rooted in Environmental Justice in order for it to be holistic and powerful. Questions were raised as to whether icons of activism such as Gandhi and MLK should be scrutinised for their flaws? And how can we unify the people from all backgrounds to fight for change that will ultimately effect us all

More info on Satish and his work:

The charity’s annual Festival of Wellbeing is taking place on 31 October featuring lots of well-known speakers. More details can be found at www.resurgence.org/wellbeing20

And an online auction to raise funds for the charity will run from 12 November until 3 December at www.resurgencetrustauction.com