We’re Alive Podcast is a Story of Survival is an audio drama, originally released in podcast form. Its story follows a large group of survivors of a zombie apocalypse in downtown Los Angeles, California. We’re Alive premiered on May 4, 2009.

Since its initial season, there have been several follow up seasons including the latest Goldrush which launched in 2019. 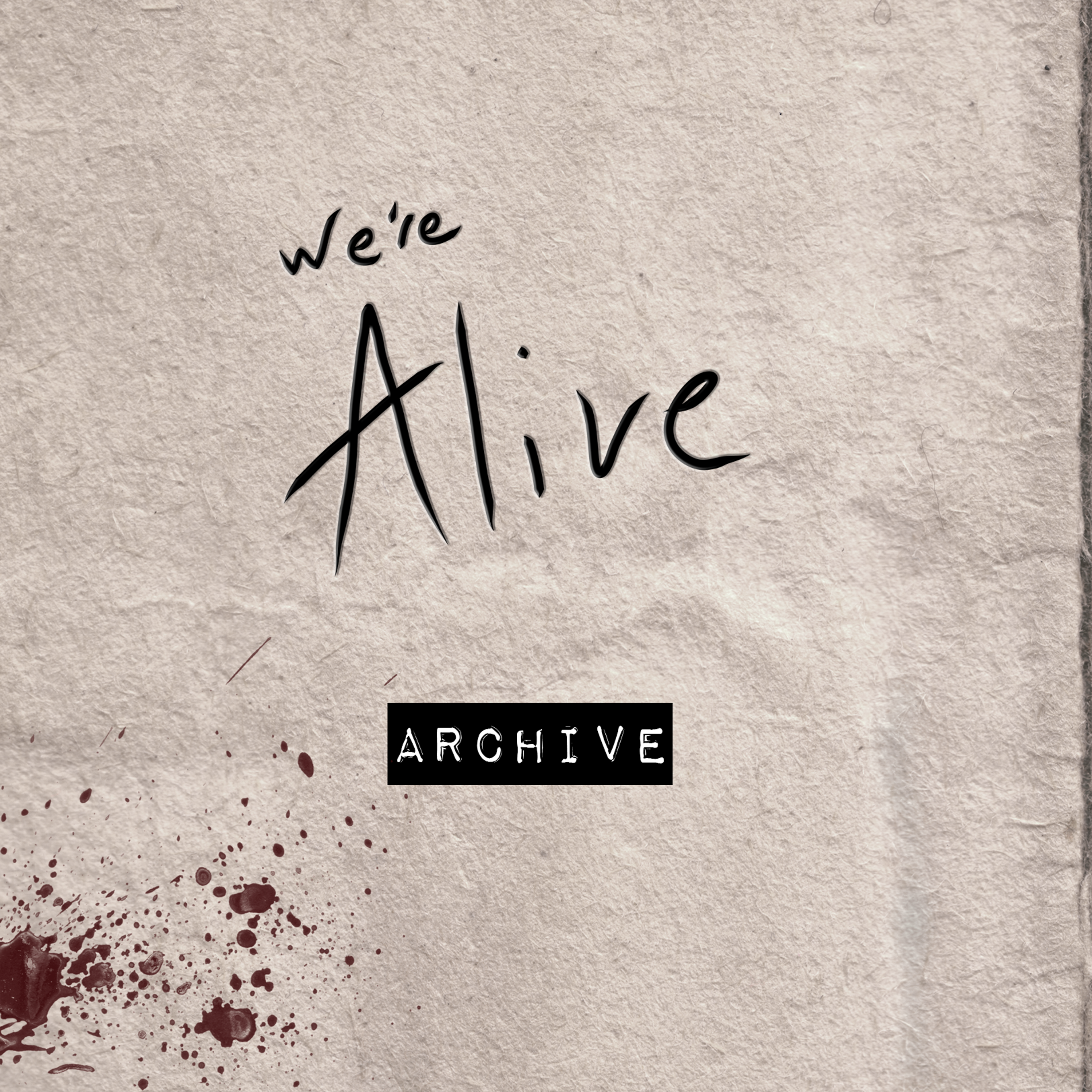 We're Alive - Archive
We’re Alive: Archive is an audio and video production in which WA creator Kc Wayland, a special guest from the cast or crew, and our editing/production team sit down and listen to full chapters of We’re Alive, one by one. Get lots of behind the scenes info with this special director's commentary. WA Archive has been running for over a year on our patreon channel, so if you want to catch up on even more episodes, head over to the Wayland Productions Patreon.
Blood Sweat and Fears – Ch7p3- WA Archive
by Wayland Productions